Whereas, in the olden days, it used to be said of the entertainment business, “to get ahead in this business, it’s who you know,” in the current digital communications era, that idea’s passé. Now, the operative expression is: “to get ahead in this business, it’s who knows you.” TheCGBros, one of America’s fast-growing Internet Media companies, is a Virtual Online Service Provider (VOSP) engaged in the business of providing personal promotion and ancillary services to New-Media Producers who specialize in creating audiovisual productions containing high levels of computer graphics imagery (CGI), visual and special effects (VFX, SFX), and animation. As part of their promotional role, TheCGBros fulfill the function of aggregator and publisher, delivering the necessary “findability” craved by New-Media Producers.

TheCGBros has been at the forefront of digital video entertainment since the debut of our channel on YouTube in late 2011. Our videos delight millions across the world through compelling stories, incredible characters, and cutting-edge digital animation & VFX.

As an intermediary or virtual online service provider, TheCGBros serves a broad, worldwide constituency: From the people who enjoy watching videos for entertainment to the people who create and produce the video entertainment. They range from members of the General Public to Individual New Media Producers, Art Students, VFX Schools, CGI/VFX Studios, CGI Software Companies, Advertising/PR Agencies, Video Game Studios, Movie Studios, and others.

We’re a “virtual interface”, joining producers, consumers, New Media Producers and fans. From a veritable sea of possibilities, TheCGBros team curates, nurtures, and refines excellent content that we believe fans will connect with, and channels attention toward those works. Your INSPIRATION is 100% Guaranteed!

We currently feature hundreds of short films and over two hundred artists and studios including, Sony Imageworks, The Mill, The Embassy VFX, MPC, Animal Logic, and Rhythm and Hues Studios. 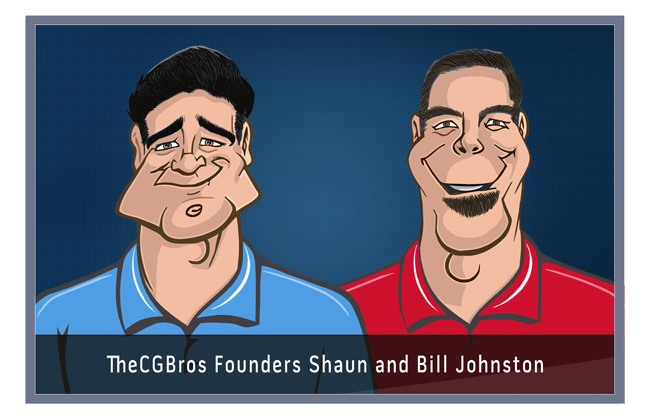 Shaun Johnston, President, co-founder of TheCGBros. Shaun is a professional CGI artist and animator in the video games industry with over 28 years of experience, with a broad background in creating 3D animation including previsualization, VFX, and cinematic sequences for PC and Console game trailers, and in-game Cut-Scenes. Today, he is a full-time Animation Director.

He has specialized in in-depth work in the areas of Pre-Visualization, Pre-Rendered FX/Cinematic Cut-Scenes, Promotional Projects, and Real-Time Future-Gen FX for Game Environments. Johnston has worked on more than 45 AAA game titles played on personal computers, as well as on Sony’s PlayStation, and Microsoft’s Xbox consoles. The titles include, among others, game series such as the CALL OF DUTY, DESTINY, RESISTANCE, UNCHARTED 2, LAIR, WARHAWK, GOD OF WAR, and SOCOM 3. He is currently working on another high-profile game franchise creating FUTURE-GEN FX for next-gen Platforms.

TheCGBros operates an agile and capable team comprising half a dozen highly motivated creative and technical people who are passionate about art and storytelling and understand the power and importance of digital art as a medium for communication. They are dedicated to creating the best possible experience to our end users – both new media producers as well as the YouTube viewing audience.