One of our favorite things to do in the world of CGI is compositing.  Assembling the layers together and treating the layers with filters and masks and blending the images into a beautiful seamless patchwork of what we see in our mind’s eye.

Don’t have the time to learn a bunch of CGI/VFX software packages for your next project? Check out CGI/VFX stock footage libraries. Not only do these libraries contain some very good references, inspirational content, and pre-rendered VFX – they can become a real lifesaver when it comes to creating and delivering a client’s work on time, on budget, and looking good.

There are hundreds of libraries available made up of all sorts of pre-rendered CGI/VFX as well as live-action footage elements for use in compositing – and speaking from experience -they can save you a ton of time, and the secret is they’re great for beginners and pros alike!

You can greatly improve your projects by using stock footage for things such as muzzle flashes, fire, embers, smoke, and dust, to snow, lighting, slime, and a whole host of water FX and other fantastical particle-type FX.  They even have libraries of in-camera effects such as lens flares, beams, and other lighting-based phenomena.  Be sure to check them out and see how they might help make your work as professional as it can be.

"WhAt Software Is Best For Creating CGI?"

This month in TheCGInsider – July 2022, we discuss software options for creating CGI!

The Right Tool For The Job

Most of the stunning CGI & VFX we see in today’s movies are almost completely done using the most powerful computers and of course software programs on the planet.  While many studios create high-end CGI & VFX, not all of them use the same methods to achieve them which means they don’t use the same hardware and software.

There are so many different types, styles, genres, and categories of CGI these days, that it’s sometimes challenging to figure out what software solution might be the best.  CGI is such a versatile set of tools they can create just about anything that our minds can dream up.

Since no software is a one size fits all solution, it is important to find the right tool for the job. The right tool depends heavily on the scope and complexity – as well as the scale of the VFX work that needs to be done. Smaller studios often use off-the-shelf software to create VFX usually because it is the most cost-effective

What Software Do Studios Use?

Many larger studios often start with off-the-shelf software and then build add-ons or plugins to gain more functionality allowing them to do a lot more with the same tools than what the standard software can do.

Most major studios do the same thing but take it to the next level. They have the staff and budget that allows them to write their own custom software and toolsets that integrate with the off-the-shelf software to accomplish both wider-ranging and very specific VFX tasks.

Some of these tools allow artists to run multiple dynamics, cloth, and particle simulations at the same time by sending them to simulation farms rather than using a local computer. This allows a director to come in the next morning and look at say – 10 different versions of a destruction sequence and choose the one they like best.

These tools can also manage the rendering of images by sending them to a render farm again – freeing up an artist’s local machine as well as tracking the performance and managing the traffic in the render job queues.

Programmers also write custom tools that range in their duties from analyzing, estimating, and managing bottlenecks in production pipelines and processes to helping to optimize the studio’s computing resources by prioritizing these jobs according to each artist or department’s needs and schedules.

What Kind Of Animation Are You Doing?

The choice of software depends on the kind of animation you are doing.  There are programs that specialize in doing 2D, 2.5D or 3D animation. Traditional cel-based animation is done by creating a sequence of drawings that change slightly between each frame creating the illusion of movement.

While animating by hand is still done, it’s a costly process, taking teams of animators many months to complete. Computer animation is different because it allows an animator to set key poses or “keyframes” in time on a timeline, and then the computer automatically draws in the motion in between the keyframes creating what we see as animation.

Keyframing-based animation is mainly used for animating highly stylized characters. For more realistic lifelike animation, motion capture software is used to capture an actor’s exact facial performance including lipsyncing, as well as the physical body and hand motions in 3D space and translates that motion to a 3D character giving it the motion that the actor performed.

Is There Anything Off-The-Shelf?

The choices of off-the-shelf software solutions for creating CGI & VFX really aren’t as large as you might think and you’ll find it will vary from studio to studio because of either an artist’s personal preference for the software or the number of available artists that know how to use a certain piece software.

It also depends heavily on the nature and type of CGI/VFX being created. There really are no one size fits all CGI/VFX software solutions out there, so sometimes a studio will use several specialized pieces of software in order to create the CGI/VFX that the director is looking for. Some software is better at creating cloth simulations, while another is best suited for dynamic destruction FX, while still another is best at creating liquid simulations. A lot of CGI/VFX are actually created using 2D software as well.

While many CGI & VFX are created within the 3D environment, those are usually rendered out into separate elements or layers that are later assembled using 2D compositing software. Artists use other 2D software as well to do things such as rotoscoping, match moving, and camera tracking that is commonly used to integrate VFX elements into live-action footage or vice-versa. It just really depends on what look the creator is trying to create to best tell his vision of the story.

Can You Drop Some Names?

Filmora by Wondershare and Adobe After Effects is probably the most affordable compositing software out there for most of us on a nominal budget, but if you have a slightly higher budget then Nuke is a great choice and it’s very popular with a lot of  higher-end studios. We can’t forget about mentioning Fusion from Black Magic Design either as being a very capable product.

Some CGI/VFX are based created by manipulating images, textures, and shaders and handled by both the lighting and rendering departments. Shader and texture-based CGI/VFX are usually added to or in conjunction with models to create FX on their surfaces. They’re used as the basis for creating many of the VFX we’ve seen in Hollywood films such as in Xmen films – specifically for creating skin and body transformations for characters like Mystique, Iceman, Colossus, Emma Frost.

If you found this information valuable, please be sure to “spread the word” and pass this newsletter along to your friends and colleagues. Don’t miss next month’s issue of the CGInsider newsletter, where we’ll continue our discussion about the best software for creating CGI & VFX, so don’t miss it!

How did your video perform on TheCGBros YouTube Channel?

Your video has been showcased on TheCGBros YouTube Channel and it reached a worldwide audience. No doubt, you expected a few things – like getting easier access to a larger audience than you could on your own; helping to boost your resume; helping you land your dream job or interview. How did we help you meet those expectations? Tell us about your experience; we’d love to hear about it.  We may feature your testimonial on our website, YouTube Channel, or across our professional network. Please click below to provide us a few words, upload an image, or short video clip. 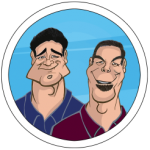 “Members of the Tippy Topper team have been watching The CG Bros Channel on Youtube for years. So much of the content they have shared has not only inspired us, but allowed us to discover other artists like ourselves across the world.” – Isis Rubio

"The Odd One" - by Adarnia Studios

TheCGBros Presents “The Odd One” – by Adarnia Studios – Chaos ensues when a transport vehicle carrying an odd prisoner gets ambushed by masked vigilantes. Animated short film by Clemhyn Escosora, creator of the sci-fi short-film Adarnia.

"The Marker"
by Bhimraj Malviya

News Articles "On the Edge"

TheCGBros CGInsider Newsletter for access to industry insider and entertainment news. This includes access to our extensive archive of newsletter and interview content. and we invite you to sign up if you love great CG entertainment. You’ll receive the following:

So, what’s the call to action? Two easy ones:

Don’t let your friends miss out on this opportunity to join TheCGBros circle of friends. Forward this email to them and tell them to click HERE to JOIN. That’s all there is to it. Welcome aboard!

Relevant, Trending and Cool Insight - New Episodes Weekly!
Check it out
New for 2021

This year, after encouragement from fans and consistent with our mission to provide our members relevant and quality content, we launched our own Podcast: TheCGBros CGInsider Podcast. In it, we’ll be answering many questions that our fans have been asking. We will also discuss trends and relevant topics about computer graphics imagery, jobs in the video industry, animation, gaming, and much more. Check it out!

Engage with us on Social Media!

July 2020 – Artistic style and why it matters